Youri Sawerschel (YS): If we look specifically at office and retail, I think the biggest challenge for real estate developers is to build and convey a value proposition that offers something people can’t get digitally. That justifies people coming there.

TI (Tracey Ingram): Indeed. If you can foster community in a workplace, people will want to come for more than merely sitting behind a desk, which they could do at home. It helps to have design elements and facilities that people won’t find at home – a great café, the perfect meeting setup. As for retail, creating a reason to come to a physical store has obviously led to the rise in experiential retail spaces.

YS: Yes, and I think the experience economy also has a place in residential real estate – even though you can’t replace a residence online; you need to sleep somewhere. To attract the younger generation that focuses more on belonging than belongings, ‘meaningful’ is the keyword. As in, how do you build a place that serves as a social marker or status symbol? We’ve seen this a lot with student housing, something that 10 to 15 years ago was just a place to live with cheaper rent. Today you have student-housing brands – from The Student Hotel to Basecamp, a client of ours.

TI: Co-living follows a similar, community-connection approach. In this growing market, targeting a niche – the aged population or young families, for example – can make it easier to build a community. Like offices, these spaces must have amenities and aesthetics that appeal to that specific niche.

Co-living and offices obviously have long-term interactions with their clientele, though, compared to something like a hotel. In terms of design, that means hotels and short-stay places can really ramp up the experience factor and play with immersing someone in a world, whereas living and offices have to work for daily life. So these projects also have different levels of immersion.

“Residences and offices are about a way of life because you commit to them for a longer time. A hotel is one night. So the notion of community is much more important for offices and residences than for hotels.”

YS: Exactly, which means hotels have a tendency to take a ‘we’re for everybody’ approach to branding. But it’s harder for real estate projects, especially those with residential components because they target locals whereas hotels have a more global market overall. Residences and offices are about a way of life because you commit to them for a longer time. A hotel is one night. So the notion of community is much more important for offices and residences than for hotels.

TI: But on the other hand, we’re seeing more aparthotels and longer-stay accommodations are booming again. Then you really do have to be drawn to a brand to stay longer. And during the pandemic, we also saw hotels that weren’t in use due to the lack of tourism being converted into other typologies – some for longer-stay living. Longer-stay places need to feel more homelike and liveable, rather than stayable. They’re two different things.

YS: And that’s where I think the difference is the biggest actually. Offices and residences have fewer customers in terms of individual people, so they can create a brand that’s much more precise.

What’s also interesting – and something we’re slowly seeing more of in real estate – is real estate developers that do a good job at that starting to become brands in their own right. One that comes to mind is NEF in Turkey. It’s been very successful at saying ‘we develop great places of good quality with nice community spaces’, clearly targeting single professionals with decent incomes. It’s built the brand well at a B2C level, and then can use that brand, I assume, to get great sites and better loans or to work with specific suppliers, so more B2B. This approach has been underutilized so far.

TI: You mentioned targeting specific groups. What kind of branding frameworks can real estate developers use to attract their target markets?

YS: Real-estate projects should be ‘bits before bricks’ – in the sense that you first need to build up visibility and attraction in the digital space. To sell a story and a vision: Why would I go/live/work there, beyond the fact that the price is good and the location is great? The most obvious approach is to say ‘where x meets y’ – ‘where entrepreneurship meets technology’, for example, or ‘where nature meets business’. The next level is to say ‘where x type of people meet’, which explains who the niche target group is for the project. The ultimate level – which is the most powerful from a brand standpoint but the hardest to execute operationally – is to say ‘where x achieves y’, which provides a sense of mission and purpose. I think these are the three kinds of branding frameworks that can actually add value to real estate. Once you have that story, whatever you deliver online or onsite needs to strengthen your message. So then, branding becomes more analogue – you need to justify the physical existence of the place. In the longer run you want to stay relevant, otherwise people forget about you. And that’s where digital makes sense a lot again because whatever you do offline, you want to make sure it gets relayed online.

I see it as a circle, from digital to analogue then ultimately mixed. Eventually it’s about bringing the best of digital and physical together to create a frictionless brand experience. Real estate projects have so much to learn from the Ubers and Netflixes of this world. Why do we still have keys to open doors? Why do we still need to pay our utility bills on a separate invoice than the rent one? Amazon Go is trying to show the direction that this could go in, but I think it’s already too futuristic. Some of the simplest things could be drastically improved if done from a digital standpoint.

“Real-estate projects should be ‘bits before bricks’ – in the sense that you first need to build up visibility and attraction in the digital space.”

TI: You talked about selling a story and a vision, and the analogue space really has to support that story. You can’t say ‘where nature meets business’ if it doesn’t have any nature or business facilities. In general, I also think the sustainability side of things needs to be pushed. It will only become more and more important, regardless of what niche we’re talking about. Real estate developers will have to tackle projects in new ways. No one used to think twice about ripping out an entire interior to rebrand it when they moved in. Perfectly good materials end up on the scrap heap because they don’t fit the look the new tenant is after. Plus it’s unfortunately often cheaper to rip everything out and start again than to renovate what’s there. Now, they need to be more sustainable.

One example of doing it a bit differently is Snøhetta’s Powerhouse series – buildings that will produce more clean and renewable energy throughout their lifespans than they use in the production of building materials, construction, operation and demolition. In terms of interior design, this means choosing only a handful of materials, which are the same for every tenant in the building. And they don’t change when new tenants come in. This approach means fewer maintenance materials need to be kept in stock, and results in flexibility of use, as tenants can scale their office spaces as needed. I’m interested in your take on how this approach would affect the branding in such spaces if it means that everything starts to look so similar…

YS: I can use an example from a client of ours, a large real estate development in Lausanne called Square One that’s about attracting all the actors of the ‘economies of trust’, from cryptocurrency to security ink. You bring a lot of partners for such a project: government, private organisations, start-ups, etcetera. The change we see in visual identity – especially for office development – is that it needs to work with a lot of other partners. Because if your visual identity is so strong, it will be difficult to attract a more conservative or institutional partner.

TI: That’s an interesting point in relation to another challenge for real estate development today: flexibility. We’re seeing more mixed-typology facilities, more diversification of space. Sometimes spaces are flexing between functions, from retail space by day to bar by night, for example. Or struggling typologies are flexing to become something else. I have to think of shopping malls, which in some parts of the world are challenged by low or limited occupancy. So, what do we do with these spaces? How do we design them in the future so that they can more easily shift and adapt? Every interior in a shopping mall is often different. If it becomes something else, you’ve got all these disparate spaces to deal with. It was interesting to see Superimpose work with the distinct and discrete atmospheres of the interior when transforming two floors of the WIFC shopping mall in Chengdu for Soho 3Q, China’s leading co-working office space developer. The mindset of some of these shopping mall developers is that co-workers can become clients of the other stores/hospitality spaces in mixed-use buildings. It makes you wonder why things are typically so segregated. Why can’t we combine them – and also have more flexibility between typologies so that when one is booming and other struggling, you could seesaw between them?

YS: I agree, and I also think there needs to be much more flexibility surrounding who developers put into their spaces, and how. There’s still a very old-school real estate model of 1 m2 equals x amount of money. And now a lease in a shopping mall is 5, 10, 15 years in some cases. But when you own a lot of space, you want to think big-picture and traffic. You need to have something you can rotate on an almost month-to-month basis. Not just the one-off pop-up corners you see these days. Le Bon Marche in Paris goes a bit further as it has several, but we could go much further than that.

TI: The model is already changing. I talked to the retail expansion director from eyewear brand Ace & Tate recently, who told me landlords are starting to open up to different ways of working together. Which has drastically changed how they’re designing their interior fit-outs, as it gives them the flexibility – there’s that word again – to pack up the concept and move it to another location where they might be more needed. To follow the clients rather than have them follow you. 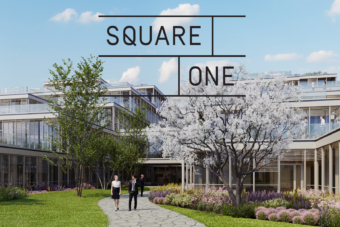 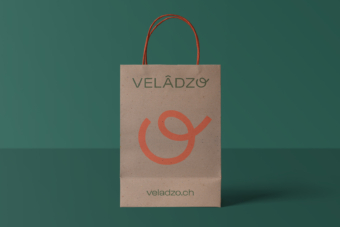 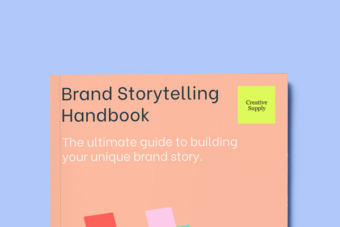