The success of Citizen M, Mama Shelter and The Hoxton or Ace Hotel has been watched by the entire industry. As hoteliers around the world are raising their game, we ask ourselves: who will set the new benchmark? We picked the hotel brands that we believe to have the potential to become the next hits. Discover Mob Hotel.

Opened in 2017, Mob Hotel is the latest project of Cyril Aouizerate. What strikes us the most about Mob is its unconventional location. It is the only hotel located in the heart of St Ouen, a suburban neighbourhood in northern Paris known for its giant flea market. To succeed in such location, a hotel needs a strong story. The brand claims to “bring together creative communities from the cultural field and in organic agriculture”. It wants to be a “Dream Republic. Ali Baba’s cave where the neighbours share the vegetable gardens with our guests.” More of a social movement than a budget hotel, Mob brand relies on its “hippie 2.0” story to attract a crowd of dreamers, artists and entrepreneurs.

Philippe Starck is the brain behind the Mob design. Modern but not trendy, his room design reminds us of a flatshare, where all decorations and furniture pieces have different origins. The hotel offers several rooms that can host up to 4 adults. The always fully booked restaurant serves a 100% organic and vegan-inspired menu.

Countless activities and events like Swedish gym, outdoor tai chi and concerts are offered weekly at Mob. The hotel also founded the association “Bienveillants”. The yearly subscription of EUR 49 will give you access to meetings, discussions and debates to “build new paradigms founded on local initiatives with universal scope.” Next opening: Lyon, September 2017. Then: Washington DC. To make America hippie again?

We are always looking for new, fresh brands to make an appearance in our articles. Would you like a certain brand to get featured? Get in touch. 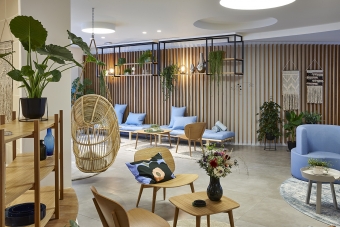 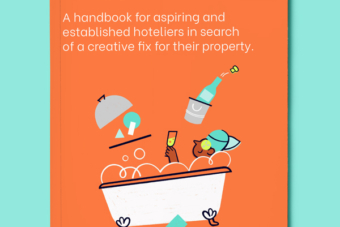 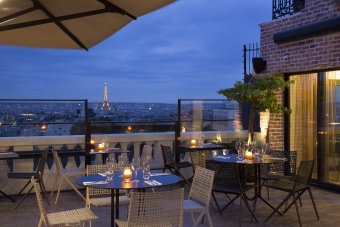 Get curated hospitality & travel insights in your inbox. Sign up here.