In the past, “selling” or “differentiating their brand” wasn’t really on the minds of teaching establishments in Switzerland or elsewhere. Student applications flowed in steadily and competition was both limited and essentially local. Today, however, globalization and digitization, along with new forms of competition, have gradually pushed players in the academic field to take on a more marketing-oriented approach.

The learning curve is steep for many as, traditionally speaking, education could be described as marketing-proof. Yet this is a real opportunity for those who choose to invest in their brand. We reflected on the topic in talks with Lynn Strebel, Jérôme de Meyer and Michael A. Grund, three education leaders in Switzerland.

Over 70 private educational institutions. The highest rate of top-tier universities per inhabitant in the world (ARTU Top 200 rankings). And a history of education dating back to the 15th century. Switzerland has long been an academic utopia.

But the digitization and globalization of knowledge is ever-quickening and putting our “educated isle” to the test. Lynn Strebel, managing director of private language training institute Academia Education, is convinced that “the invisible walls surrounding Switzerland will fall at some point.”

Lynn Strebel touches on the dual competition created by digitization: first, the catchment area has grown considerably (a London university can offer an online MBA to professionals in Switzerland, for instance), and second, entry barriers are disappearing. According to Strebel, “Today, any freelancer with a website can position themselves as a training institute.”

A syllabus is not a competitive edge

In such a competitive environment, private schools and universities, language schools and professional training programs all share a common goal: to stand out from the crowd and get the attention of candidates. Differentiation can come in different forms: location, infrastructure and quality of education are selling points heralded by all. But are those really distinguishing features? President of Beau Soleil and Nord Anglia Education Switzerland, Jérôme de Meyer, explains that “Quality of education when following a national or international curriculum is a prerequisite for all schools, but it’s not what makes the difference or positions a school successfully.”

Chances are slim that a single feature such as a school’s curriculum or its Alumni network could make the difference. Most often, a strong mental image is forged by a blend of tangible and intangible factors. Michael A. Grund, head of the marketing and company communications department at HWZ Zurich, speaks of the importance for a school “to represent something in people’s minds.” There’s no doubt. What we’re talking about here is brand creation.

Having a brand allows training institutions to avoid direct comparisons with the competition and, to a certain extent, raise the debate. Harvard is the university of the world’s elite. Universität St. Gallen is the university of the business world in the DACH region (Germany-Austria-Switzerland). The Ecole Hotelière de Lausanne is the world’s leading hospitality university. Brand positioning is based on academic, geographical and historical realities. Once the positioning is in place, the brand benefits from an intrinsic value that no longer needs to be proven. Former Harvard goers actually speak of “dropping the H-bomb” in reference to the potency of mentioning the school’s brand. Michael A. Grund attests to the fact that it is “common for students to give a lot of weight to an institution’s brand in their selection process.”

Nonetheless, the education sector is reluctant to move toward a more market-driven approach. As per Jérôme de Meyer, “in a competitive environment, branding talk is more and more accepted even if there is still some sensitivity.” The challenge is in striking a balance between ethical responsibility and marketing purpose. An “education brand” should not be created at the expense of teaching and/or research. So what is the right approach? Here are three cornerstones for creating an – authentic – education brand.

“{The importance} of word of mouth hasn’t changed in 30 years” explains Lynn Strebel, despite the rise of social networks. Developing a brand story (often called storytelling) is essential for fueling word of mouth. Successful storytelling builds ties between otherwise distant facts, and that contextualization is what makes it so effective, memorable and transmittable.

Creative Supply’s work for EPFL EMBA ably demonstrates the power of storytelling. Touching on the narrowing gap between technology and business, the program underlines the importance of new managerial skills and legitimizes the EPFL’s role in educating the leaders of tomorrow. Rather than merely listing off their various assets, the EPFL EMBA contextualized their program by telling a story that appeals to a broad audience of applicants and their employers. “Becoming an innovation leader with EPFL” is an engaging story indeed. Their new narrative approach, combined with a graphic redesign, sparked a 47% increase in applicants (period 2016-2020).

Private schools and universities need to win over both the parents and the children, while continuous learning programs target employers and employees. This duality is key for many establishments. Jérôme de Meyer explains that “selling points for parents focus on the long term, while for the kids, the short term prevails. Parents want to ensure a sound future for their children. Kids want all the extracurriculars and an attractive social life.” Storytelling should thus be adjustable to various audiences.

Swiss data management portal OLOS is positioned as a protector of data sovereignty and is a great example of story adjustability. Users, being researchers, are allured by the easy-use selling point, while server reliability is what sways the Universities.

Telling a story is good. Showing it is better. The prominence of visual media (with social networks and websites at the forefront) is on a constant rise, meaning it’s in the best interest of learning institutions to nurture their graphic appearance. Yet regrettably, the visual identities of many establishments suffer from a serious lack of originality. It’s like they all use the same recipe: a picture of a student smiling for the camera topped with a handwriting-style slogan, “to pep it up some.”

The Institut International de Lancy (IIL) private school goes against the current, often using illustrations to portray conceptual notions – “bilingual approach” or “anti-bullying program” can be more effectively conveyed pictorially. For its 2021 communications campaign, the Geneva-based school cooperated with Creative Supply to create a series of mini-stories. The campaign takes a lengthy stride away from sector clichés and features pictures of students in action with short texts telling of their future careers – careers that reflect the school’s educational priorities: sciences, technology, environment and international cooperation. Not only do the IIL’s graphical choices make them stand out from the pack, but they reinforce the institute’s positioning as a school that promises an “education for life.”

May the best story win

More forward-thinking training institutes will see brand creation as a golden opportunity to grow their media outreach, attract talents and raise tuition to fund more research activities. Those more reluctant, however, will do whatever it takes not to give into the branding game, and condemn their peers for becoming “too commercial.” Ironically enough, resistance is a brand story in itself: the “traditional institution that swears only by the quality of its curriculum.”

The future will tell which story will be most convincing among students in Switzerland and elsewhere.

The original version of this article was published on PME Magazine’s blog. 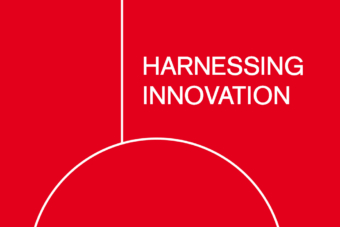 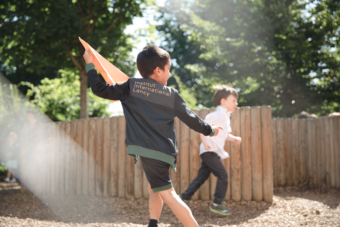