Velâdzo is a new connected urban village concept set in the heart of the Fribourg Canton city of Bulle. We worked with the TPF (Public Transport of Fribourg), heading the project, to create a brand that is both innovative and respectful of the local environment.

Bulle, ideally located at the gateway of the Gruyere region between Fribourg and the cities of the Lake Geneva area, is a fast-growing urban center. In line with the city’s economic and demographic growth, the TPF is creating an all-new concept combining mobility, housing and places of discovery on the site of the new railway station. The multi-faceted project has been dubbed “Velâdzo” meaning village in the local dialect and is a first in Switzerland. Against this backdrop, the TPF called upon Creative Supply to define the venue’s positioning and build an innovative brand identity respectful of the local environment.

Urban objective to be determined

Before a brand identity can be built, the frame of reference must first be defined. For this project, that meant defining what Velâdzo will be in the eye of the public. A railway station? A real estate development? A shopping centre? We needed to find a common thread able to bring together the venue’s various roles into a coherent whole. Thus, Velâdzo became a “connected urban village.” The word “village” makes reference to both the name of the venue and its function as a “comprehensive” living space (with housing, services, restaurants and transportation). The word “urban” refers to the fact that Velâdzo is incorporated in the city of Bulle. And the word “connected” points not only to the fact that the site contains a railway station, but also that it’s a transport hub connecting Bulle to both its agglomeration and the rest of Switzerland.

The voice of the village

For the Velâdzo project to succeed, it’s crucial that the Bulle population, as well as visitors from Gruyere and elsewhere, embrace the venue. The choice of communication channels places an emphasis on discovering the region and local developments. Velâdzo’s communications will have a special focus on Gruyere region craftsmen, echoing local artisans and restaurants planning to set up and deepening the venue’s roots in the community. Along the same line, a verbal identity including several words from the Gruyere dialect has been developed for the brand. The sum is a fusion of authenticity and openness, in both its content and its form.

“Creative Supply immersed itself in the project of the new Bulle station which allowed them to understand the strategic stakes of the project within the Transports Publics Fribourgeois. The added value of the agency is significant. The exchanges were constructive, the questions pertinent, sometimes even provocative. In the end, all stakeholders fully supported the project. The result is impressive and the collaboration will continue. The price of the service is appropriate for the achievement.”

The graphical identity, designed by Aloïs Ancenay and Nelly Damas, brings warmth and movement to the project. The logo conveys the notion of a journey, a loop with its remodeled “o”. This illustrates Velâdzo’s role as both a mobility hub and a destination in its own right, well worth the visit. The same graphical design was extended to the poster campaign and has become a real golden thread linking the many facets of this “everyday destination.” Warm natural hues, suited to a living space and in harmony with the local atmosphere, were selected for the colour pallet. To complete the picture, a series of illustrations were created with a dynamic feel, evoking the notion of movement in line with the rest of the concept.

Creative Supply teams worked hand in hand with the TPS to deliver a comprehensive project covering all aspects of the visual identity, well aware of the impact the project will have on the daily lives of Bulle citizens. Velâdzo is currently under construction and scheduled to open in late 2022. 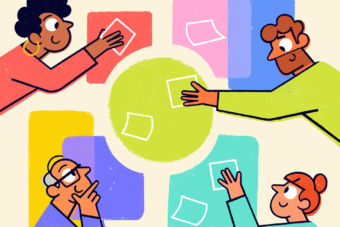 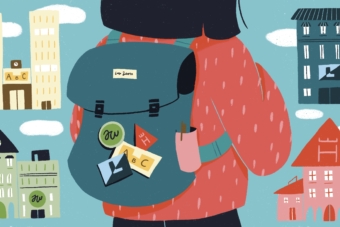 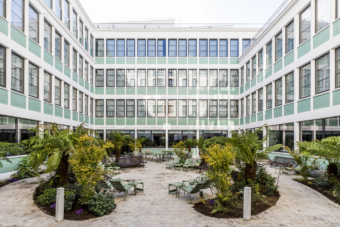