The arbitration and mediation sector plays an essential role in the world’s economy. Swiss Arbitration, under the leadership of ASA (the Swiss Arbitration Association), is a platform that brings together the sector’s key players in Switzerland and abroad. We worked alongside ASA to create an all-new brand identity for Swiss Arbitration covering everything from their positioning and naming to their visual identity and website. The brand is strong, inclusive and reflects the platform’s international ambitions.

Disputes between companies are an integral part of business life, and although a court appearance is inevitable in certain cases, the number of companies using arbitration or mediation to settle their disagreements is on the rise. Created in 2012 by the chambers of commerce of several Swiss cantons, the former SCAI (Swiss Chambers’ Arbitration Institution) was a world leader in the industry of alternative dispute resolution. In 2020, as part of the union between SCAI and ASA, Creative Supply was hired on to forge a new brand that better reflects the diverse competencies and people found within the new ensemble.

A player’s reputation is a (very) major part of their business model in the world of arbitration. Thus, any change in brand identity is appraised with caution or even apprehension. This is especially true when it’s a new “umbrella” brand being created to bring together several previously independent entities.

The solution, which emerged after a number of workshops with all the stakeholders, was to focus on simplicity and play on the “Swiss Brand”. Across all involved entities, two of the common denominators were the words “arbitration” and “Switzerland”. In coining the name “Swiss Arbitration”, a strong brand was created. It is easily recognisable in Switzerland and abroad and profits from the country’s reputation (of neutrality, effectiveness, headquarters of international institutions, etc.). Choosing to position Swiss Arbitration as a platform allowed the various players to preserve a certain degree of autonomy thanks to which some have kept their names, limiting potential erosion to their brand recognition. Lastly, the work done on the hierarchy of the brands created a sense of equality between the players that make up Swiss Arbitration, which has eased the adoption of the new brand internally.

Creating a visual identity for Swiss Arbitration presented similar challenges to the brand platform. Our artistic director, Hyo Jung Lee, first immersed herself in the company document libraries of Swiss Arbitration’s various players before starting the design work. Publications of the ASA (ASA Bulletin) called for special attention as they are known worldwide.

Harmonisation efforts were required to create a logo for Swiss Arbitration and the stakeholders, linked to the hierarchy established in the brand platform. The choice of a “pure text” logotype places emphasis on the new name Swiss Arbitration. The name is repeated in each entity on the platform (Swiss Arbitration Centre, Swiss Arbitration Hub, Swiss Arbitration Academy, etc.). The red-black-white colour scheme strengthens the connection with Switzerland, yet the simplicity is offset by the use of “oversized” bold texts, resulting in a strong visual impact. Also, the distinct signs created for each entity makes it possible to include visual markers without taking away the seriousness of the sector.

Given its success, the new visual identity has been used to produce multiple applications. The Swiss Arbitration website was created from scratch, from design and UI to icons and text items. A new design was also created for the ASA Bulletin, the flagship of the association, along with a variety of communication materials including presentations, flyers, letterheads and envelopes.

Swiss Arbitration’s new identity was presented in the spring of 2021, earning universal acclaim from all stakeholders. 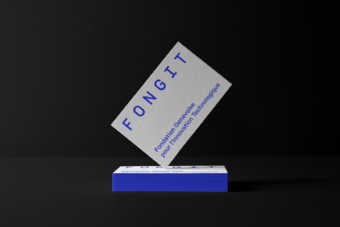 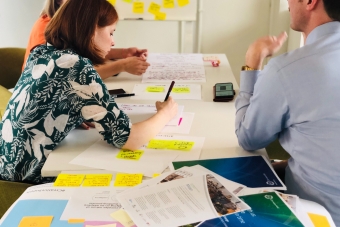 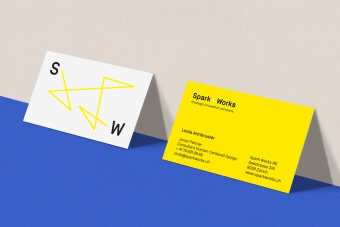